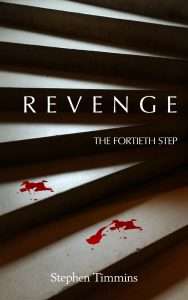 John Hannay, grandson of the legendary hero Richard Hannay, had always been a loner, damaged by the violence of his grandfather’s enemies, which tore apart his childhood and left him isolated and emotionally vulnerable. This changed when these enemies and their successors again threatened not just John’s life but the financial stability of Britain. With the aid of a diverse band of highly skilled allies, John defeated this conspiracy, although at great cost to his health. He is nursed back to fitness by Robbi, a beautiful and talented young woman, who is foremost amongst the group of friends that helped him throughout his battle with his enemies.

John and Robbi marry and settle into John’s manor house. They are very happy, but John knows that his powerful enemies will not be content until they have revenge. Sure enough, on the same day that he receives a summons to attend the House of Commons Treasury Committee as a witness about the financial events in which he was involved, seven letters arrive which spell out the word REVENGE. Once it begins, the revenge campaign is many-pronged, with assaults on John and Robbi’s good names combined with overt violence. It starts almost unobtrusively with an attack on Robbi’s reputation when an obnoxious woman bellows insults at her in a supermarket; it accelerates when a local hunt intrudes on the manor land and a huntsman assaults John using a vicious concealed weapon; then a local newspaper falls under the control of John’s enemies and attempts to publish a libellous article; following which a sniper targets the couple.

The attempts to destroy the couple’s reputation continue, then the threat reaches new heights when Robbi is kidnapped. More political and financial malversation is laid bare as John and his allies continue to fight fire with fire, until they uncover an unforgivable corruption that, at all costs, they must root out and destroy.

Revenge is the second book in the Fortieth Step serial. It is a fast moving, violent thriller in which the protagonists must use all their resources to defend themselves from the evil that threatens them and the innocent people that could be destroyed by power-hungry, morally corrupt and ruthless villains. John, Robbi and their friends are all engaging protagonists, quick-witted, generous and courageous, while their enemies are unmistakably corrupt and despicable.