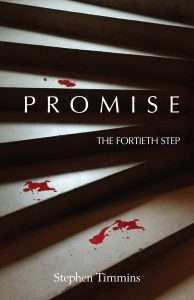 The club servant finished fitting the Black Out drape to the last of the high Georgian window. He left the room, bowing his head towards the tall, straight backed, silver–haired man who nodded back at him then turned away, his clear grey eyes looking through and beyond the panelled walls of the London club. Although he didn’t appear as though he would understand the meaning of the word ‘nervous’, he seemed… nervous. He started as one of the men seated in front of him, watching him with affectionate amusement, spoke.

“Come on, Dick. You’ve been havering for the last five minutes. Spit it out, old man or we’ll miss dinner and I for one am famished.”

Four of the other members of the group nodded their fervent agreement. The fifth smiled to himself – he was used to missing dinners.

The tall man reached for the document case on the small table to his right. Now that his mind was made up all semblance of ‘havering’ disappeared. A foolscap envelope was handed to each of the group, their names hand-written on the paper – Ludovick ‘Sandy’ Arbuthnot – the Lord Clanroyden; Sir Archibald Roylance; Johannes Haraldsen; the massive old Gypsy, Caspar Baptista. And, finally, the young Joshua Bullivant, heir to old Lord Artinswell, bored by this meeting of his father’s friends, half amused, half irritated.

After the tearing of paper, there was a minute of silence, followed by another. Bullivant finished first. He looked up ready to laugh, but one glance at his colleagues silenced him. They stood as one and turned towards their leader, looked respectfully at Mr Baptista who smiled once again and nodded. Then Sandy spoke for them all.

“Dick, we’ve been through the devil’s own time together in the past, although we’ve all been classified by the powers-that-be as too old for this present shindig.”

He nodded towards the blacked–out window and the distant sound of sirens heralding the first of that night’s German air raids.

“So, I for one pledge myself and my heirs to do everything to protect your son, Peter John, and his heirs against the monstrosity of Dominick Medina and his spawn.”

The man they called Dick raised his hand. “We must also never forget our battles with the Graf von Schwabing – der Schwarzer Stein. He may be dead, but perhaps he had heirs too.”

The four older men nodded and stepped forward to clasp hands. Reluctantly, Bullivant followed suit. The five men faced inwards and swore what was to them a sacred oath.

Days like this should always be mid–winter: cold, grey, wet, half–dark, disheartening. Thanks to the Christmas and New Year celebrations, Sir Ian Hamilton’s funeral had been delayed and the rotten weather had stayed with us until the seventh of January. I peered through the windscreen and wished I had replaced the wiper blade on the driver’s side of my grandfather’s Bentley. It screeched irritatingly and left a one–inch band of sleet spattered glass untouched.

I sighed and glanced across at my wife. She had refused to wear a raincoat and was, instead, huddled inside a long black coat and an exquisite faux fur hat. I glanced down. Her legs were hidden behind sheer black nylon and her feet and calves encased in elegant, black leather boots. Without looking in my direction she inched the skirt up with the fingers of her right hand to reveal an expanse of stockinged leg, with a firm, creamy thigh and the delicate black strap of a suspender belt. She peered round at me over her fur collar, the glint of mischief in her eye. “And, Hannay. And! If you behave yourself at the funeral, there might be a little treat for you afterwards.”

She slid her gloved hand up my thigh. I grinned. “But you’re up the duff, Lady Hannay.”

She bridled immediately. The hand was withdrawn. “So, I’m no longer a sex object. Is that it? Just a fat, udder swinging, baby machine. Is that it?”

“Well, I don’t know about the swinging udders. You’d have to demonstrate… after the funeral that is.”

She laughed and leaned across to turn off the irritating wipers. “See. It’s stopped raining. Told you.”

She was right. Annoyingly.