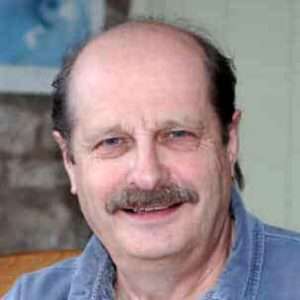 Nine years ago, I shuffled out of the office of a broadcast commissioning editor’s assistant. He had arrived direct from university, bristling with ideas he believed were truly original, and proceeded to tell me how to write and direct the series I was pitching to him. I stood my ground and burned all the bridges available.

Humbled, and officially a dinosaur, I decided to go back exclusively to writing full time.

Since my late teens, I have devoured the work of Raymond Chandler, Ross Macdonald, Elmore Leonard, Sue Grafton, Lindsey Davis and Robert B Parker. This was the way to go.  I checked with Chandler before I began.

“Down these mean streets a man must go, who is not himself mean, who is neither tarnished nor afraid. He must be a common man and yet an unusual man. He must be a man of honour. He must talk with wit, a lively sense of the grotesque, a disgust for sham, and a contempt for pettiness.”

So follow that… Not exactly a piece of cake.  Because film scripts are written in moments, novels are written in sentences.  Poles apart, emphasised by the oft heard – “I went to see the film because I read the book. I hated it.” 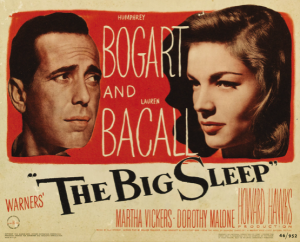 In the book Carmen says, “Tall aren’t you?” Marlowe replies “I didn’t mean to be.”

Now, tall Humphrey Bogart wasn’t, but he was a dead ringer for the role.  So, in the movie Martha Vickers says, “Not very tall are you?” Bogie replies “No, but I’m trying to be.”

Those two examples of diamond hard dialogue, are Marlowe unvarnished.  Book or movie, which is which, what the hell?…

The Big Sleep is a great film, but not flawless. Chandler was on a bender when director Howard Hawks cabled him and asked “Who killed the Chauffeur?” Chandler replied, saying he had no idea.

The point to gather here, is that to Chandler, plot was always subordinate to character, mood and atmosphere.  You read his novels and are dazzled by the smoky-textured air, the sultry sinful women, and the violence which occurs in the job he does.

With wry humour and the lightest of brushstrokes, Chandler creates the mood and tension of a scene and plants the reader into the character’s head – important (reader into character’s head, not the other way round). The transference is from you to Marlowe, not Marlowe to you. A really significant difference.

Chandler is the essence of, and essential to, the genre of crime fiction. Not just because he has influenced so many others like me, but simply because the literary quality of his writing, his lean, spare, prose… his restraint – and this is especially impressive in a genre that likes to indulge in sensationalism.

Chandler’s sympathy for all his characters, good or bad, makes them stay in the mind long after the story is over. His ability to show the complexities of human nature – his personal reference of course, but handed to us by Marlowe – transcends the genre he is creating and manages to do what the rest of can only strive to do… Write scenes no one else has written before. Or indeed since.

Another of my heroes, the US screenwriter/producer turned crime novelist, Stephen J Cannell (creator, writer and producer of The Rockford Files), said about writing crime thrillers – “All the way through, keep asking yourself “What is the bad guy doing?”

All of the above, I scooped up and held close.  Along with the joy of writing sentences again.  It took almost two years and a rejected first attempt to begin to get under way.  But now, six books later, this author is getting the hang of things and beginning to flourish.

I raise my glass and acknowledge the debt I owe to all those I cited earlier. “Cheers, and thank you so much.”