Phil Rowlands recommends The Tale of The Lazy Dog

Alan Williams, like Gerald Seymour and others, was a journalist, a foreign correspondent who worked in South East Asia and covered conflicts in many countries. This was the first heist thriller I’d read and the sense of character and story led me into a world far away from a small Welsh town in 1970s Britain. The sense of fading French colonialism and the empathy you had with the colourful and diverse cast of characters in their attempt to steal 1.5 billion dollars in used currency thrilled and excited me. It taught me the importance of strong story, location, pace, colour, dialogue and structure. Eric Ambler and Graham Greene were among his many fans. 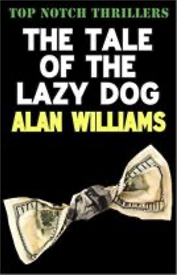 Get The Tale of the Lazy Dog here.