Diamond Crime Author, Jeff Dowson, on the Appeal of Simenon and Maigret

Okay, let’s get this over up front… Georges Simenon was not one of nature’s noblemen. 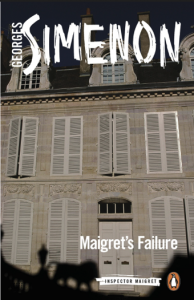 He pursued fame and money relentlessly, he was a sex addict, a sometime drunk, and a serial adulterer. He expected all members of his household to realise that he and his needs came first, and to dance attendance as required. He spent much of the time away from his desk, in a world of bars and cheap hotels, hanging around with drifters, self-styled anarchists and bohemians, chancers and minor criminals.

The rest of the time he devoted to sex and writing.

Late in his life Simenon claimed to have had relationships with over 10,000 women, although his third wife said the total was no more than 1,200. Somehow in the midst of this roller-coaster existence, he wrote 200 novels, 150 novellas, several memoires and countless short stories.

Still considered one of the most prolific writers of all time, his books were written at great speed. On a regular basis, he produced 80 pages a day. One of his Maigret novels was written in 25 hours.

“I want to ask you something,” he said.

Although not actually credited with inventing the ‘Romans Policier’ he made it famous. The French ‘crime story’ burst into international recognition with Simenon’s great creation Inspector Jules Maigret.

In the first novel, Peter the Latvian, Simenon introduces his detective thus…

His clothes were well cut and made of fairly light worsted. He shaved every day and looked after his hands.

But his frame was proletarian. He was a big, bony man. Iron muscles shaped his jacket sleeves and quickly wore through new trousers.

He had a way of imposing himself just by standing there.

Simenon wrote 75 ‘Romans Maigret’ between 1930 and 1972. Down the line, he began dismissing them as ‘pot boilers’, but they were undeniably great works of literature. Some of the greatest in the trade have placed Simenon top of the tree.

The writer and his leading character were both bourgeois, operating in a murky world of back streets, cheap hotels, people down on their luck, others hiding deadly secrets, drinkers, prostitutes and lonely people with no place left to go. Simenon rarely wrote about master criminals or intellectuals.

He died in 1989, aged 86 in a thirty-room chateau in Lausanne – a mausoleum which Jules Maigret would never have enjoyed.

For an intro to the Inspector, this writer recommends book 2 – The Late Monsieur Gallet, first published in 1931. Some of the greatest works suffer in translation, so go to the new Penguin Classics series – all 75 Maigret stories are there.

Monsieur Gallet has been found dead in a hotel in the Loire Valley, some distance from his home in a small town, 35 kilometres from Paris. Maigret has the job of telling his wife. A disagreeable woman of around 50. Her neck, bosom and hands laden with gold necklaces, brooches and rings that clinked against each other.

Sitting on the piano is one small photograph of her husband. A man with thick hair, wearing a jacket with poorly cut shoulders. The oval of his face was long. It was several moments before Maigret realised that the man’s lips, which almost cut his face in half, were abnormally thin.

As the investigation progresses, Maigret finds that most of the man’s life was a lie; along with the name he travelled under, and even the profession he claimed to be in. All the while, and much more alarming, is Madame Gallet’s haughty dismissal of the investigation and her son’s casual indifference to his father’s death. Maigret is left struggling with the problem, and comes to the conclusion that the Monsieur Gallet’s demise conceals a different crime entirely.

No more plot reveals here dear reader. Take up the book and enjoy. 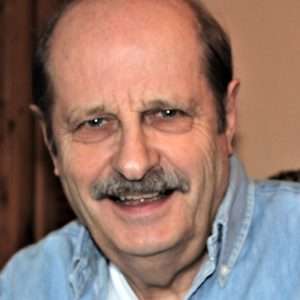