This is the latest book by the wonderful James Lee Burke. 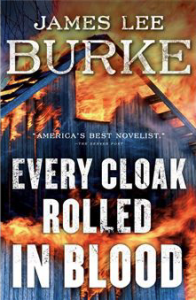 I discovered him about fifteen years ago when I read the first of his Dave Robicheaux series The Neon Rain. The latest, the twenty third in the series, is A Private Cathedral. I was stunned by the depth, colour and shape of his prose. I wanted to breath the same Louisiana air as Dave, his buddy Clete Purcel and the people and places that inhabit their world.

I have read them all.

He thinks this stand alone novel, Every Cloak Rolled in Blood, is his best book… and I agree with him.

I have taken this from the book blurb because it says it simply and clearly.

Every Cloak Rolled in Blood

Novelist Aaron Holland Broussard is shattered when his daughter Fannie Mae dies suddenly. As he tries to honour her memory by saving two young men from a life of crime amid their opioid-ravaged community, he is drawn into a network of villainy that includes a violent former Klansman, a far-from-holy minister, a biker club posing as evangelicals, and a murderer who has been hiding in plain sight.

Aaron’s only ally is state police officer Ruby Spotted Horse, a no-nonsense woman who harbours some powerful secrets in her cellar. Despite the air of mystery surrounding her, Ruby is the only one Aaron can trust. That is, until the ghost of Fannie Mae shows up, guiding her father through a tangled web of the present and past and helping him vanquish his foes from both this world and the next.

The beauty of his descriptive and shocking prose and love of landscape and truth is almost biblical in its range. His exploration of the depths of the human and inhuman spirit is magnetic and his characters live, breath and roar through the peaks and troughs of their journey. Underlying it all is a deep sense of love, family and the good that can be found in the many and the evil that emanates and destroys from the few. The story is intense and gripping, past and present swirling in a seamless mesh of time, and I promise you it will touch you with its genius. 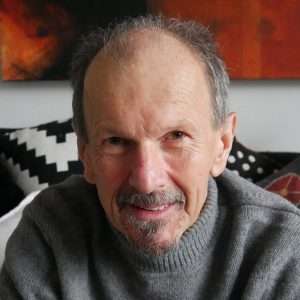