Detective in a Coma

Detective in a Coma

DI Duncan Waddell is on the brink of a nervous breakdown – he thinks his best pal DC Stevie Campbell, who’s been in a coma since he was attacked by a suspect, is talking to him.

When office worker Shelley rushes to her boyfriend’s aid after he is attacked, she is abducted. She wakes up in a strange room with no memory of how she got there.

On the case, Waddell finds himself in a desperate race against time to uncover the truth behind the abduction.

To do this, he and his team must delve into the seedy underbelly of Scotland’s swingers’ scene and a world where women are tricked into the sex business and traded like cattle. 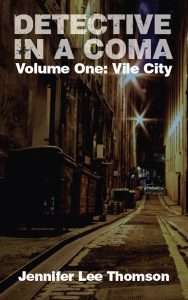